Checkout my other channels 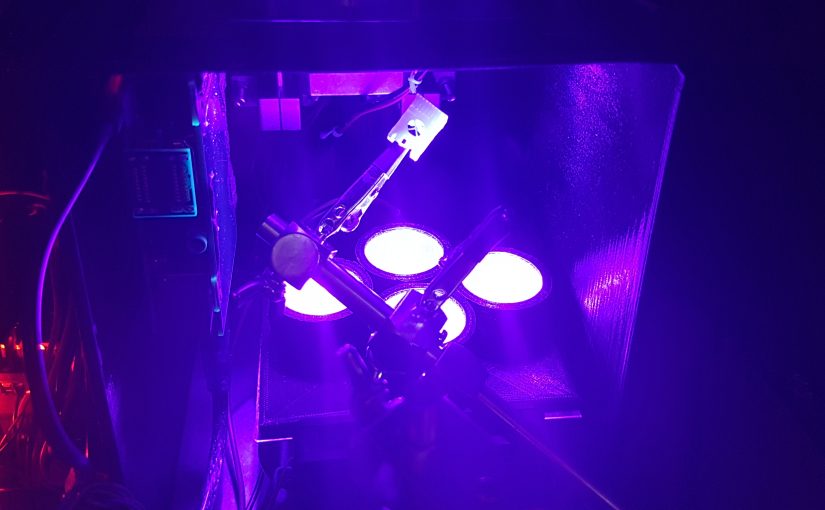 Beginning this week I started ordering the parts for the second version of my home-made SLA printer. There will be a lot of improvements on this new version. I’ve learned a lot about the workings of SLA printers by making and using the first version.

The new printer will also boast a few upgrades over the last one. Namely, an upgrade of the LCD screen from 480×320 to 2560×1440. Which will increase the resolution to a point that any impurities caused by the pixels will be close to invisible to the naked eye. Another big upgrade will be the an increase of the UV LED array. The total power will be increased from 40 Watts to 240 Watts. Which should speed up curing times quite a lot and thus make the printer print faster.

Another important thing is the stability of the build platform. In the first version there is too much freedom of movement in lateral directions. I am going to attempt to solve this using two linear guide rails instead of two linear guide rods. Together with a strong backbone this should be rigid enough to not allow for unwanted movement.

Lastly, most of the operating software and hardware remains the same. The primary computer board will be a Raspberry Pi and an Arduino with a Ramps board will drive the stepper motors and LED array.